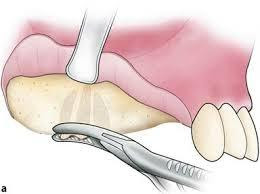 FMS – an everlasting commitment to a healthy smile.

Face is the index of mind! But sometimes your image in the mirror doesn’t correspond to reflect, the inner you. This can commonly happen due to disturbances in developmental origin, growth or injuries.

Patients with significant skeletal discrepancies and dentofacial deformities cannot be treated satisfactorily by orthodontic management alone. In such cases surgical correction by means of orthognathic surgeries of maxilla and mandible may be indicated to obtain optimal occlusal and esthetic results. Adult patients with significant skeletal malocclusion on whim growth modification procedures cannot be carried out may also benefit from orthognathic surgery.
Children with congenital malformations, such as cleft lip and palate, often require surgical procedures along with orthodontic treatment for their rehabilitation.
In recent times new surgical approaches have been adapted in orthodontic management, such as Surgery first approach where the treatment time significantly reduced, implant placement to gain anchorage, and distraction osteogenesis for advancement of maxilla and mandible.

It is estimated that nearly 5% of the Indian population present with dentofacial deformities that are not amenable to orthodontic treatment requiring orthognathic surgery as a part of their definitive treatment. Orthognathic surgery can be used to correct;

Planning for the surgery usually involves input from a multidisciplinary team. Involved professionals are oral and maxillofacial surgeons, orthodontists, and occasionally a speech and language therapist. As the surgery usually results in a noticeable change in the patient’s face a psychological assessment is occasionally required to assess patient’s need for surgery and its predicted effect on the patient.

The main goals of orthognathic surgery are to achieve a correct bite, an aesthetic face and an enlarged airway.

For whom surgery is indicated?

Jaw surgery may be performed for patients with the severe upper jaw or lower jaw discrepancy.

A maxillary osteotomy may be performed to correct these issues:

From inside the mouth, your surgeon cuts the bone above your teeth so that the entire upper jaw and your upper teeth can move as one unit. The jaw and upper teeth are moved forward until they fit properly with the lower teeth.

Once the jaw is realigned, tiny screws and plates hold the bone in its new position. These screws which are smaller than a bracket used for braces become integrated into the bone structure over time.

A significantly receded/protruded lower jaw can be corrected by a procedure called mandibular osteotomy.

In this procedure, the surgeon makes cuts behind the molars and lengthwise down the jawbone so the front of the jaw can move as one unit. As a result, the jaw slides smoothly to its new position. Screws hold the jaw bone together until it heals.

A deficient chin often accompanies a severely receded/protruded lower jaw. Deficient chin can be fixed by a procedure called genioplasty, where your surgeon cuts your chin bone and secures it in a new position.

The surgery might involve one jaw or the two jaws during the same procedure. The modification is done by making cuts in the bones of the lower jaw and / or upper jaw and repositioning the cut pieces in the desired alignment. Usually surgery is performed under general anaesthesia and the surgery often does not involve cutting the skin, and instead, the surgeon is often able to go through the inside of the mouth. Jaw surgery takes place in the hospital and requires a one- to two-day stay. Complete recovery at home typically takes three to six weeks.

In most cases, an orthodontist places braces on your teeth before surgery. Braces are usually on for nine to eighteen months before surgery to level and align your teeth. After your jaw heals from surgery, typically about six weeks after surgery your orthodontist finishes aligning your teeth and eventually removes the braces. The entire orthodontic process, including surgery, may last 18 to 24 months.

ANY QUERIES TALK TO THE Orothodontics

Can Any Dentist Put Braces?